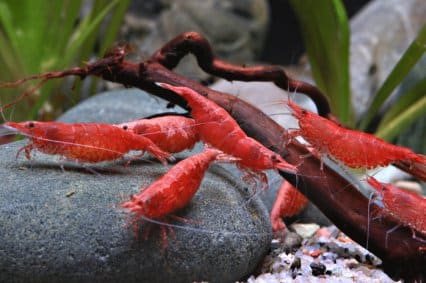 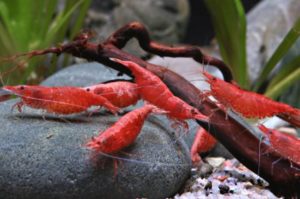 Red Cherry shrimps (Neocaridina denticulata sinensis) are freshwater shrimps that can be easily bred and maintained in an aquarium. Ranging in various shades of red, these shrimps make beautiful ornamental additions to any aquarium. They are also preferred by owners of aquariums for their immense appetite for organic detritus and algae, which make them useful cleaning agents for the aquarium and a credit to any clean up crew. These shrimps are also highly adaptive and can be adept at socializing with other shrimp species housed in the same aquarium. (Although mixing different species of shrimp is not recommended)

Having a mix of male and female shrimps ensures that breeding will take place within the span of one month. Nevertheless, it is essential to keep an eye on the temperature and composition of the water in the aquarium, since fluctuations in the same can prove to be quite fatal for these miniature inhabitants.

Preparing the Environment of the Aquarium

Housing, Feeding and Breeding the Shrimps

Adding the shrimps to the aquarium is a lot trickier than adding new fish. Since shrimps are extremely sensitive to the environment of the tank, it is important to acclimatize them to the water prior to adding it. Therefore, the first thing to remember is – never transport the shrimps to a new source of water straight away.

While feeding the Red Cherry shrimps, there are two considerations to be made. Firstly, these shrimps can feed on algae as well as organic matter accumulating in the tank. Secondly, the food must be in such a condition that the nutrients gradually dissolve in the water, or the solid food sinks to the bottom. The organic matter will be present aplenty if there are fish and aquatic plants in the tank. 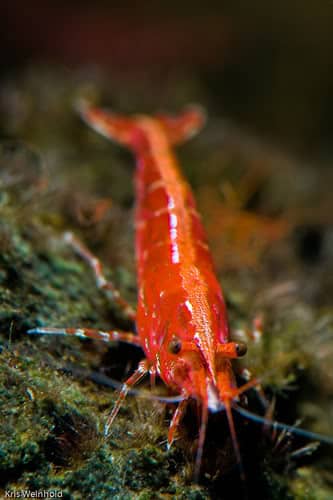 Vegetables like spinach can also drop into the tank, but these must be boiled and shredded. That way, the vegetables would sink to the bed of the tank and the shrimps would be able to feed. Processed foods can also be purchased from stores. These provide balanced nutrition to the shrimps and do not interfere with the pH of the tank.

Housing Red Cherry shrimps in a tank containing large predatory fishes like the Oscars and Angel Fish would only result in the obliteration of the shrimp population. They can, however, be kept alongside other species of shrimp. However, as the population grows for all the species, it is quite probable that territorial disputes might occur during breeding.

Red Cherry shrimps generally breed during the summer. Raising the temperature of the aquarium by a couple of degrees Farenheit induces their mating behavior. Since the eggs require minerals and calcium to mature, the hardness of the water can also be raised slightly using limestone chips to induce mating.
One of the first mistakes that newbie shrimp breeders make is not replacing the filter with an aerator. The filter can suck out the eggs from the tank, resulting in a completely futile breeding cycle.
It would take at least a month for the eggs to hatch. It is essential to maintain the temperature of the water at one or two degrees over 80⁰F. 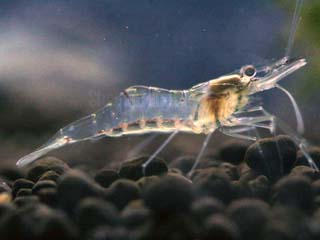