A lot of people who are new to keeping saltwater fish often end up frustrated after seeing their first fish suddenly die in a few days or even hours.

Compared to freshwater tanks, saltwater tanks have a stricter set of rules, and therefore a comparatively smaller allowable margin of error.

With that said, here are the 5 Best Tropical Fish For Advanced Aquarists one should avoid as a beginner: 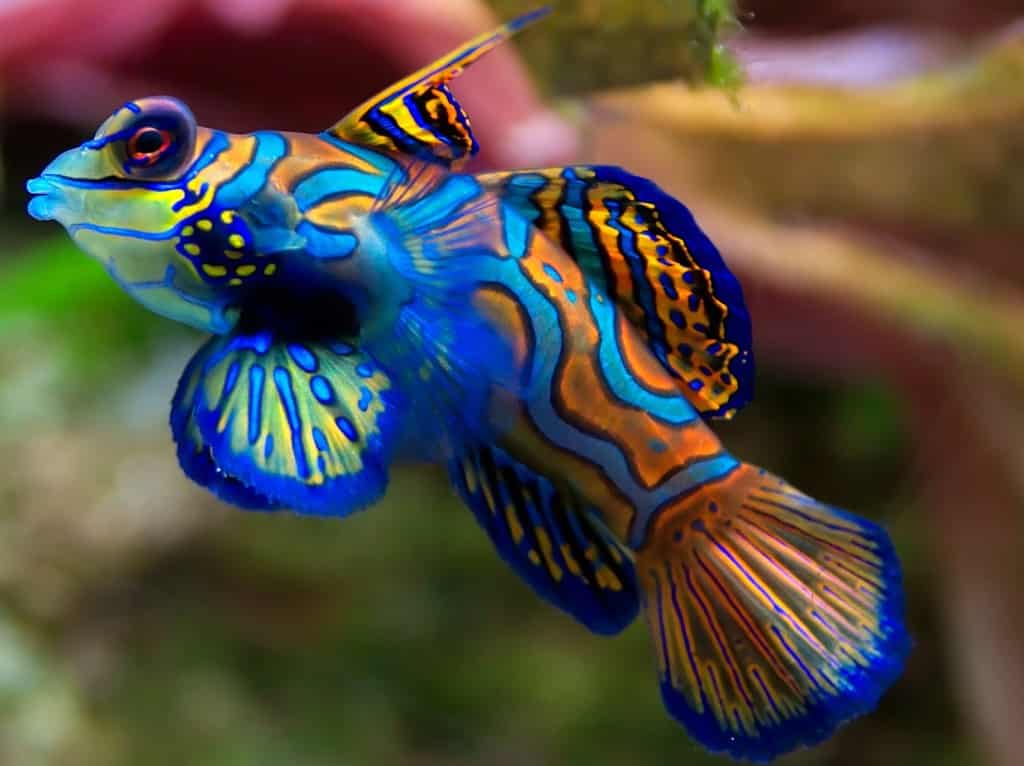 The mandarinfish or the mandarin dragonet, sometimes also called a mandarin goby, is a beautiful fish embellished with psychedelic patterns of green and red.

Some types of mandarinfish have brown bodies decorated with green spots as well. The mandarinfish floats gracefully along live rocks, and is often seen peeking at the aquarium glass, rocks, decorations, etc.

What makes the mandarinfish hard to keep especially for beginners is that they only typically eat copepods and amphipods, which can only be provided in adequate numbers in a mature reef tank that’s about a hundred gallons in size.

A lot of beginners end up buying this fish because of its comparatively low price (about $25) and bright coloration, only to discover after a short time that the fish won’t accept pellets, flakes, or even other live food usually welcomed with “open arms” by finicky freshwater fish.

If your tank is less than 6 months old and is less than 50 gallons in size, avoid this fish unless the pet store shows you that it is pellet-trained and greedily accepts pellet food. 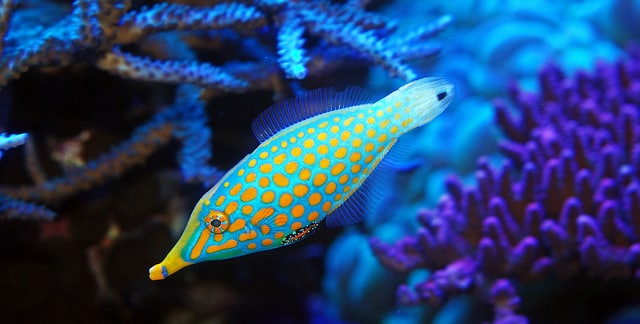 The orange spotted filefish is less common than the mandarinfish, but once in a while, it pops up in pet stores and usually attracts beginners due to its striking coloration of bright orange and blue.

Acropora requires pristine water conditions to thrive and grow, and even if one successfully keeps acropora, its growth rate may not be a match to the filefish’s appetite.

The orange spotted filefish even refuses to eat similar SPS corals and in most cases, prefers to starve to death than eat prepared food.

Unless you have a 300-gallon tank teeming with acropora (in which case, you really aren’t a beginner), stay away from the orange spotted filefish. 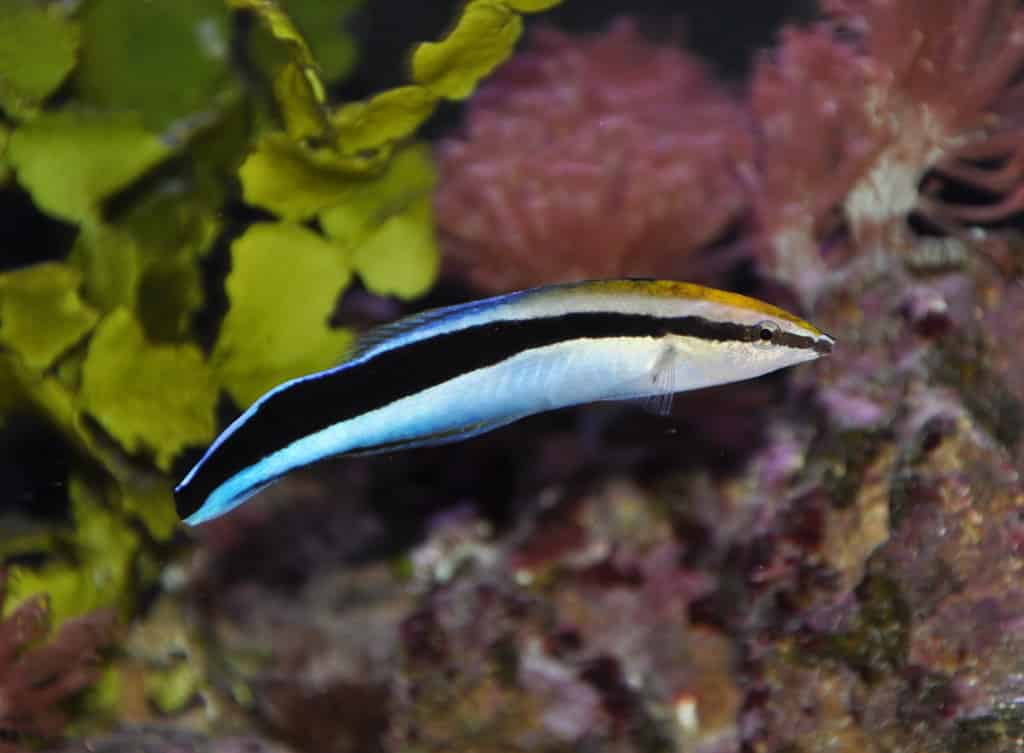 A lot of beginners purchase a cleaner wrasse after discovering an ich outbreak in their tanks.

Unfortunately, the cleaner wrasse requires a constant supply of parasites in order to live. If it is placed in a small tank with only a few tank mates, it will end up harassing them and eventually starve to death.

There’s also the issue of the collection of the cleaner wrasse from the ocean, because when too many of them are taken out, fish left in the ocean become more prone to parasites.

This fish costs only about $25, but you’ll want to go with the neon goby instead, which costs a bit less, but does the same thing and can thrive on a diet of pellets and flakes. 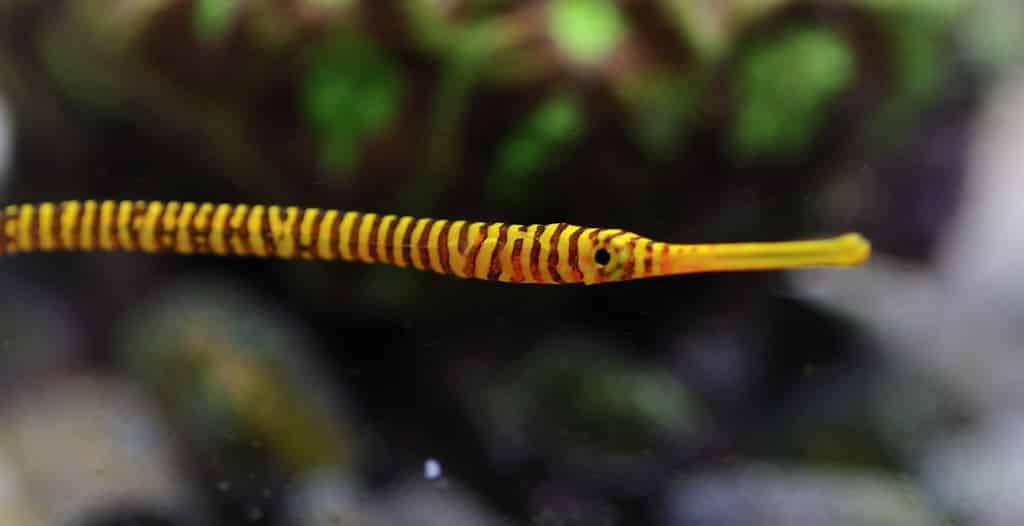 Seahorses and pipefishes are some of the easiest types of fish to collect due to their slow movement. You can pretty much just scoop them out of the ocean.

Seahorses and pipefishes are usually expensive, commanding a price of about a $50 to $100.

Unfortunately, these types of often have the same diet as the mandarinfish, though their appetites are less ravenous.

They often need to be fed several times a day, which would then easily pollute the water, as they are known to be messy eaters. 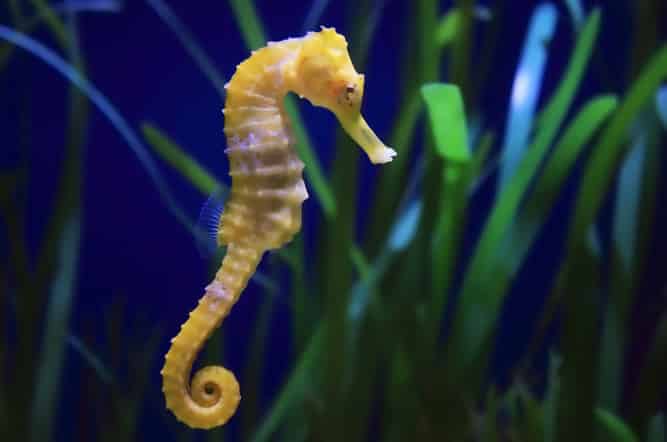 Seahorses, in particular, could easily die from stings of LPS corals like elegance, torch, frogspawn, etc.

Seahorses and pipefishes are also rather poor swimmers and will not thrive in a reef tank that often requires a large amount of current per hour. They often require a specialized tank set up just for them.

That would severely limit your stocking choices in terms of fish (for seahorses, it is therefore advised that no fish and corals (no corals that sting, that is) are present. Also, seahorses need something to latch on to, like gorgonians.

In any case, if you’re not prepared to set up a specialized environment to care for seahorses or pipefishes, avoid them at all costs. 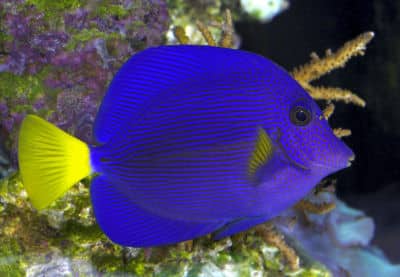 Beginners often go for tanks that are only about 50 gallons in size, or even less. If you don’t have a 100+ gallon tank, don’t buy a tang.

The price of tangs could range from $25 to $100. A lot of times, people buy them when they are only about an inch small, which is why they think that the tang will thrive in their 20-gallon tank.

Tangs, however, are very active swimmers and are used to swimming several miles per day in the ocean. They are pretty fast growers too, so after a few months you can already expect a few inches in growth if it doesn’t die from stress.

When it reaches a size that makes it feel cramped in such a small space, it becomes stressed and will be more prone to ich and other diseases. Remember that tangs have a much thinner slime coat and are therefore naturally more prone to disease.

To confine them in such a small space would further reduce their immunity and inevitably lead to their demise. A lot of beginners plan on just letting the tang grow until it outgrows the tank, and then transfer it to a bigger tank or give it up for adoption.

The problem with this plan, however, is that tangs are fast swimmers and may force the hobbyist to tear the tank down just to catch the tang. Again, if you don’t have a 100+ gallon tank, spare yourself the trouble and avoid this type of fish.

It’s possible to think that each lump on your betta fish is cancerous and fatal when some are not. It can be scary to fishkeepers when their betta fish develops a tumor that causes poor health or...

The blue velvet shrimp (Neocaridina davidi var. blue) is a species of freshwater shrimp with an electrifying blue color. If you’re looking for an addition to your aquarium that’s easy to care...