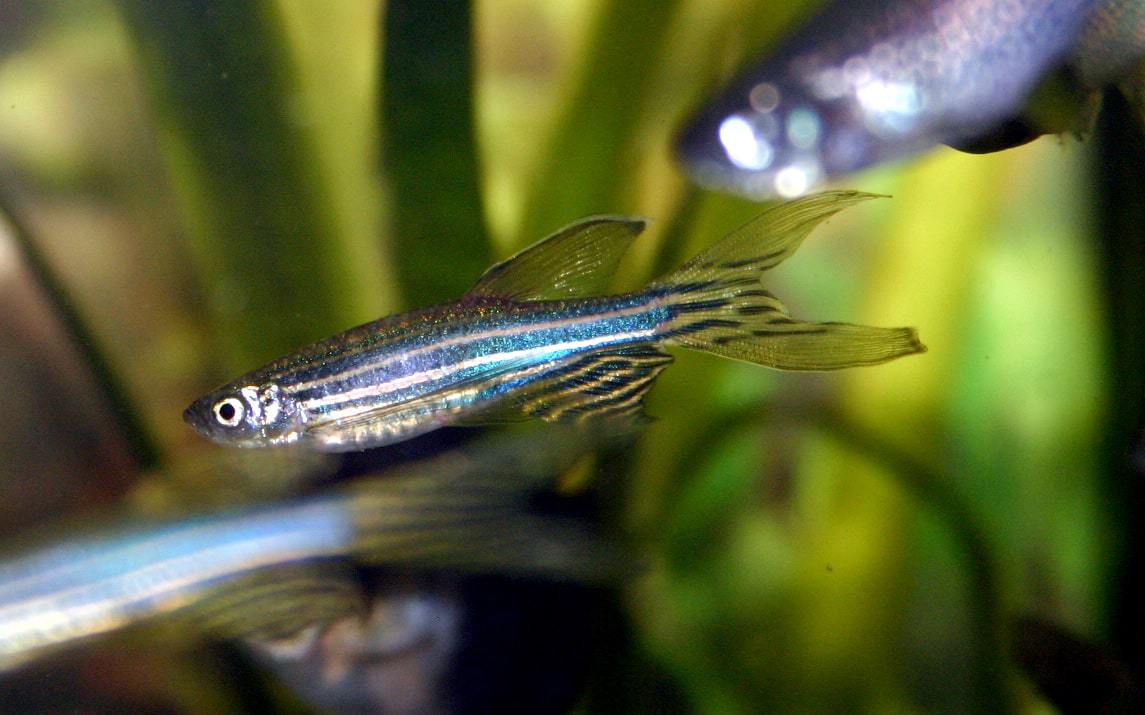 One of the most popular freshwater fish in the fishkeeping hobby today is the Zebra Danio (Scientific name: Danio Rerio). Originating from several places in central Asia, such as India, Pakistan, Bangladesh, Nepal and Myanmar, the Zebra Danio is a very peaceful, and beautiful looking fish who will be a welcomed addition to any community tank.

Also commonly referred to as the ‘Zebra Fish’, these small iconic fish get their name from the striped, and color patterns that resemble those of a zebra (Obviously!).

If looked after correctly, a Zaebra Danio can live up to 5 years, and when fully grown, they usually measure between 5 and 7 centimeters. They are incredibly easy to care for, and are perfect for the beginner fish keeper.

Although Zebra Danios can be found in a variety of different environments in the wild, they do prefer to live in water that has a small amount of current. However, since the majority of Zebra Danios that are bred today are done so in captivity, they are incredibly hardy, and can survive and even thrive in pretty much any aquarium.

Due to their small size, Zebra Danios can survive in tanks as small as 5 gallons, but since they are a community fish, and they can seem hyperactive at times, they are better suited to larger, busier aquariums. We recommend keeping Danios in at least a 10 gallon tank, or even bigger if possible. Zebra fish love to swim, so keeping them in a larger tank will help them thrive.

Danios are schooling fish, so they need to be kept in groups of at least 5. As with most other schooling fish, if the numbers are too low, they can become stressed, and start acting out of the ordinary, and can portray symptoms such as aggression towards other tank mates, and loss of appetite.

Zebra Danios will thrive in waters that are consistently between 65 and 77 degrees Fahrenheit, and they prefer soft to medium hard waters with a pH of 6.5 to 7.2.

In terms of filtration, Zebra Danios are not demanding at all. You can use any type of filter you prefer, but we would recommend a HOB filter, purely for the increased current they can provide for the zebra danios to play in.

Zebra Danios have been known to be quite the little jumpers, so we recommend that you always keep your tank covered, if you don’t want to come home to a school of dead fish on your floor. If you provide them with plenty of space to swim around, and a nice current for them to enjoy, you will more than likely be the owner of a bunch of happy zebra danios.

What Do Zebra Danios Eat? 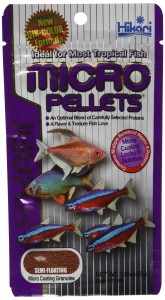 Being the hardy little fish that they are, Zebra Danios are far from fussy eaters. They will eat just about anything you feed them. However, since the goal is to keep them as healthy, and as happy as possible, it’s always recommended that you try to imitate the diet they would naturally follow in the wild, which would be lots of small insects, worms, algae and crustaceans.

Obviously, not all fish keepers will have the budget, nor the desire to feed their fish nothing but live foods, so a good quality flake food will more than suffice, but we highly recommend supplementing their diet with the occasional live food or frozen foods.

Our favorite Zebra Danio food, and the small mouthed fish food we highly recommend are the Micro Pellets from Hikari. We have been using this for a while now, and our fish can’t get enough of it.

As far as live foods go, you can’t go wrong with regular feedings of blood worms and black worms, brine shrimp and daphnia, and even wingless fruit flies. If you have the budget, or access to live foods, then stick with those, but if not, they simply use frozen foods instead.

Zebra Danios are schooling fish, and love to be part of a community tank. Some of the best tank mates for Danios are:

It’s not uncommon for Zebra Danios, as well as many other types of Danios to be used as a distraction for more aggressive fish. Their rapid movements, and somewhat ADHD like personality can often be enough to distract aggressive fish who are ready to start fighting. We don’t recommend buying Danios just for this reason, but it’s something worth noting.

If you are new to the fish keeping hobby and you want to try your hand at breeding, Zebra Danios are probably the first fish we would recommend that you try.

They are pretty easy to breed, and perfect for beginners to gain some experience with. However, as with a lot of fish, there are certain procedures that need to be followed, and conditions met before your Zebra Danios will happily breed. The steps aren’t hard to follow, but they are all essential.

The first step is to separate the males and the females into separate tanks. You can tell the females by their plump and rounded bellies, compared to the longer, narrowed bodies of the males. Once the different sexes are separated, it’s time to start feeding them some live foods, or high quality frozen foods, to fatten up the female, and encourage them to start producing eggs.

You will need a separate breeding tank set up, which has been fully cycled, and prepared with a shallow bed of rocks or marbles. These are not for decoration, but to allow the eggs to fall between the cracks, out of the reach of the always hungry parents. Danios are notorious for eating their own eggs, so this step is crucial if you want to see some success in breeding them. The breeding tank should be dimly lit throughout this process.

After the initial spawning, the parents should be removed from the breeding tank as soon as possible, to minimize the chance of them snacking on the newly spawned eggs. Once the eggs have settled into the bottom of the tank, they should begin to hatch within 48 hours. The newly born fry can be fed a diet of either liquid or powdered fry foods.

The fry food we recommend is New Life Spectrum Fry Formula. It’s well balanced, and moderately priced. We have had no issues with it so far. If you would prefer a liquid food, then we would recommend Interpet Liquify. 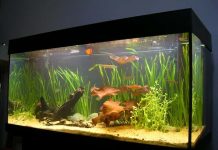 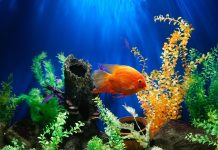